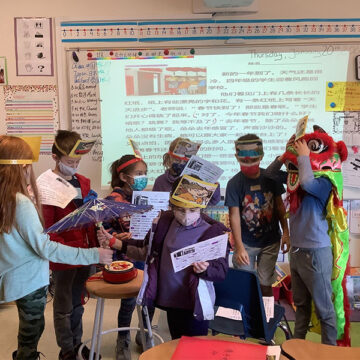 From the Camp - Sponsored

Every week at the International School of Denver, your child will explore the world while moving their body, expanding their mind, developing new skills, and forming new friendships.

New programs are offered each week, giving you the flexibility to pick and choose the ones that work best for your summer plans. Whichever ISDenver summer program you choose, your child will thrive in a safe and supportive learning environment. Programs are offered in English, French, Chinese, and Spanish. (No prior language experience is required for participation.)

Rock the Halls (Electric Guitar and Guitar Pedals) – (Ages 11-14): June 27-July 1
This camp will feature two separate learning portions that work in tandem to achieve the same goal: to inspire students to learn the basics of an instrument and stick with it. Part one will involve learning to play popular guitar oriented songs by artists such as Nirvana, Olivia Rodrigo, and the White Stripes. Part two will focus on the gear used to create the unique electric guitar sounds found in these songs, primarily guitar effects pedals. Prior musical experience is helpful, but not necessary.